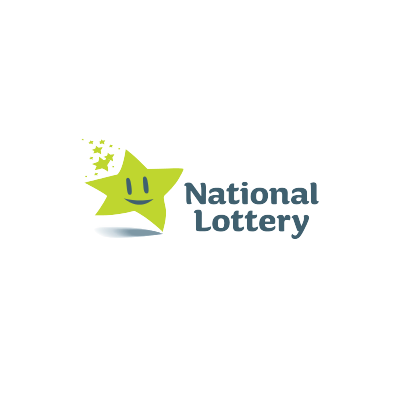 Irish National Lottery is actually a very simple and pretty generous one in the sense of being very favorable towards many players when you compare it to many others national lotteries.

An Crannchur Náisiúnta – what’s Irish National Lottery is called in the native language of Ireland was created in 1987 in order to finance all kinds of cultural activities connected to Irish heritage.

Content, coverage or other words – what games can you find here?

Irish National Lottery – like many others – uses the most popular format of all – the double matrix. One chooses 6 numbers out of as much as 47 and one “bonus ball”.

This game is simple. The only “unusual” requirement is the minimal number of lines one needs to purchase in order to play Irish National Lottery, which two of them for sum of 4 euros. Guaranteed jackpot is pretty big – it is as much as 2 million euros.

Apart from the main lottery there some other games you may play at Irish National Lottery:

Of course – it is Irish National Lottery after all, so it would be absurd if there were any doubts about its trustworthiness, safety and legality. So if you are currently in Ireland and you are an adult there is no reason why not to try your luck with one of the available games at Irish National Lottery.

Recommended agents to play this lottery

https://www.lottoland.com/en – one doesn’t exactly play the Irish Lotto, but bet on it instead.

https://www.wintrillions.com/ – one of our personal favourites. They offer great lotto experience.

https://www.thelotter.com/ – one of the best online lotto agents in the entire known universe – expensive though.

Odds and prize pools – what are your chances of winning and how much can you get?

Odds are really good, fair and favourable towards many players. Hitting jackpot is still an odd shot, but it’s not as unimaginable as the ones at many other national lotteries, not to mention these transnational games.

* prize dependent on size of prize pool and number of winners

Answers to many of possible questions may be found in their extremely informative FAQ. If you have any other inquiries you may contact them through the social media or in the the more standard way: either by a phone line a or a contact form.

Somewhat similar to the Swiss Lotto – you must buy at least two lines to play.

Irish National Lottery has been around since 1987.

Many other cool games apart from the main lotto.

It is the most popular lottery in the whole Ireland and one of the most attractive in the whole world.  The players who take part in Irish Lotto lottery win enormous amounts of money regularly. The Irish lottery provides high chances to win the jackpot, which is worth minimum €2 million and increases quickly. It regularly exceeds even €5 million.

How to play Irish Lotto?

What is Bonus Ball?

Even though players of Irish Lotto have to select and match six numbers so as to win the jackpot, seven balls take part in each game. The seventh ball is so-called Bonus Ball, which is selected from the remaining 41 balls in the machine. Bonus Ball is drawn right after selecting at random the six main numbers and is taken into account only when a player gets right at least two, three, four or five main numbers in Irish Lotto. Thanks to it a player can win additional prizes. However, it is not possible to get all the six main numbers right and “premium ball” as well, as a player marks on his/her ticket only six numbers.

Irish Lotto online – who can play?

Irish Lotto online is available to everyone, which means that players from all over the world can play it. In Ireland, however, it is most popular. We can find there more than 3700 shops with lotteries, where you can play Irish Lotto. It is very simple. All you have to do is to fill in your coupon with the numbers chosen by you or ask the service for selecting them at random.

When does the draw take place?

The lucky winners of this lottery have managed to win gigantic amounts of money. One of the highest prizes in Irish Lotto lottery was on the 28th of June 2008 and amounted to €18,9 million. The winners were a group of workers from Dan Morrisey stone-pit in Co Carlow. The group consisted of 15 men and one woman. Who else has won?

The lucky winners are, among others;

Playing Lottery online - why you should?